This is not a review in any traditional sense. Rather, I will talk about how much I identify with certain quotes, themes and images from its pages. This book is a memoir, a look back at the author’s early years- born in 1985 and just barely 30 now. Although my youth was, in so many ways, totally unlike the one presented, there are many connexions, at least in my brain. This post is about trying to explain how deeply the line “these are the darling days when everything is all good and the beast is calm” (page 89) burrowed into my Soul. I was introduced to iO through a short vid for PBS News Hour which crossed my Facebook feed. 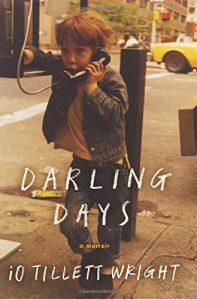 The first thing any reader notices is the extensive use of descriptive language. iO writes with rococo flair in a time of minimalism. As a long-time lover of language, the extensive level of detail reminds me of the novels of Arthur Hailey. In High Places, The Money Changers and Wheels were some of my first purchases from a book club- I don’t recall characters’ personal drama so much as the amount of research this British immigrant to Canada put into each book.

Later, as I underwent therapy and self-discovery, I came to realize that extensive focus on facts and details is often a technique to avoid emotional attachment. iO’s ability to recount extensive details from the earliest days appeals to that love of detail, while also reminding me of my inability to do the same.

Although the pages contain statements of feelings and emotions, the style is strongly fact-based until the day that iO spills the beans on the reality of his home life to Joan, Guidance Counselor. Two pages of a dam breaking, and iO realizing that self-protection might require “the deepest pain I will ever cause, and the only thing that will save my life” (page 197). The ‘beast’ iO references in that first line I quoted above is in fact inside (an aspect of?) Rhonna, his Mother. So much of this book is a love letter, and apology, to her. She survived the murder of her first love, but is “left behind in a world too banal to understand her, an inverse ghost, too alive in a soulless void, wandering the wrong purgatory” (page 294).

Their relationship weaves in and out of the book; lessons are often only truly learned after having cycled through our life a few times. Leaving, returning, loving, hating, blaming, forgiving- repeated not out of weakness so much as a need to process in our own way. At least, this is what I tell myself as things ‘I learned’ at workshops when iO had not yet enrolled in school reappear.

In my case the beast from that first quote is not inside Mum, nor Dad. At least at this point I know the beast as some part of me. Perhaps the (not so) veiled references to someone else in my poem ‘Somewhere’ is not in fact the ‘bad Brian’ – but that journey of discovery is far from over.

In publicity for the book it’s described as “the start of a profound exploration of gender and identity” and iO’s gender is fluid. Although self-acceptance is not automatic and the struggle has its place, issues of body dysphoria are almost universal in our culture. iO’s view of flesh as “just a kind of inconvenient vessel for my thoughts and words” (page 238) will resonate with so many, too many, people. The times that iO’s gender changes are presented casually; in light of the amount of pain and angst presented at other times, I chose to accept their relative ease.

Identity, likewise, is a struggle for many of us. In a world so often driven by ‘celebrity’ iO spends time at a school that devalues personality; but he notes “that’s the only currency I’ve ever been taught to value” (page 282). As with many people, iO grew up defining himself by the rules he accepted or broke; as reactionary. That is pretty wide-spread; we are social animals and pack behaviour is still part of our DNA.

But now I’ve fallen into that curse of focusing on details at the expense of feelings. Reading this book brought me to tears, made me laugh, and think about the many blessings I didn’t recognize as they arrived in my life. iO’s struggles reminded me that, at our best, humans are amazing. Even as I work to recover blocked memories, I realize I can, and will, survive whatever is revealed. Perhaps hope is the word I’m reaching for.

Note that I will earn a small commission should you make a purchase after following any Bookshop.org links in my blog.