The news was confirmed over night: Advocate News Article.

12/21/2015:
Announcing Derek & Romaine on DNR 2.0
This started out as an Open Letter to the management of SiriusXM and specifically their OutQ channel. As it progressed I realized it was actually a rumination on something I frequently write about.

I write today about the sudden, unfathomable cancellation Wednesday of the Derek & Romaine Show. My delay in composing this missive reflects not a lack of deep concern about the subject but rather the opposite. I have taken time to catch my breath and to ensure I send out something more professional than the actions of your company in this matter.

On Wednesday afternoon as the news broke that there would be no new, live, episode of D&R at 8pm (my time) that evening, or ever again, many D&R listeners called your “Customer Care” department to verify the news and seek an explanation. Many were prepared to cancel their service regardless of what justification would be provided. Initially callers were told your own staff had “no idea” why the show was cancelled; some reportedly not knowing SiriusXM had the show, or even the OutQ channel. Someone there did some research and soon we were told that OutQ was “going in a new direction” – although there was no indication of what direction.

As an explanation given to the show’s loyal fans (as well as the hosts and show staff) this vague answer could mean just about anything. So of course it really means nothing. I’ve previously expressed my disappointment at the gross “communications failure at a communications company” you inflict on paying customers.

To say nothing of the atrocious treatment of the show’s hosts; each with 12 years of service on a show that was a major, if not THE reason that OutQ survived its first months of life. With no rational explanation offered how are we loyal D&R fans to process this turn of events? At best we have ‘the usual suspects’ behind the cancellation of other radio and television shows, plus whatever insight your firm’s history might offer.

The following notes are not based on ‘insider information’ or special knowledge; I freely admit they are speculation. But based on the aforementioned industry and company-specific history. So first up- we have ‘the usual suspects’:

Again, I have no access to proprietary SiriusXM information. But I have been paying attention.

Audience:
There are no indications that D&R audiences are falling away. While the number of listeners to each night’s live broadcast may have suffered after the show time changes (see the following discussion of ‘company-specific history’) it seems that the total audience (counting the 4am rebroadcast and ‘on demand’ plays) has not fallen precipitously. And certainly ‘audience engagement’ has not suffered. Although there are times when the hosts were eagerly waiting for someone to call, those moments were rare. Listener participation on the phones and through social media from Facebook and Twitter to the newly-launched Periscope app was, and continues to be, intense. Whether Derek’s recent (a week or two I believe) activity in the last-mentioned did or could add to the audience will never be known.

Certainly the demographics of the D&R audience are not ideal; we are far too varied in age, location, gender-identity (or any other label used to quantify us) to be neat. Ah for the good old days when having a broad appeal was as asset rather than a liability. In fact this diversity is (er, was) something that many of us enjoy(ed). From the dad who called in, fearful he was losing his newly-out son (regular listeners know exactly who I mean) to those of us who appreciate Derek’s dry wit and Romaine’s sexpertize. A glorious queer (in the best sense) group of b!tches.

Costs:
There is nothing to suggest that any aspect of the Derek & Romaine Show was more expensive than the average at SiriusXM. No hint that the show had to pay for ‘quality guests’- indeed they could well fill up the SiriusXM ‘fish bowl studio’ any night they sent out an open call. Interns from the show have gone on to become paid employees at SiriusXM- reducing hiring and training costs in a way few industries successfully duplicate.

Revenue:
Again, no insider knowledge. Certainly the show and the channel run plenty of ads, mostly of national firms. Some are clearly RUN/RON (‘run of schedule’/ ‘run of network’) which means the advertiser pays less but accepts whatever show/ random time of day they get. But others use offer codes indicating the show or channel selected- suggesting that D&R and OutQ are not mere dumping grounds for discounted ads.

Now it’s possible that some of these same advertisers that are happy being on OutQ are less thrilled with the above-noted ‘broad appeal’. Plenty of ‘mainstream’ folk and companies are prepared to accept (or at least tolerate) mainstream ‘nearly straight gays’. Btw for new readers, that is the “something else I frequently write about” referred to in the opening paragraph.

And it is the perfect segue to Part Two: Whatever insight your firm’s history might offer:

This section must of course begin with the September 2012 news that prompted my first Open Letter. The sudden announcement that Derek & Romaine were being bumped back two hours to allow for the addition of a 2 hour show featuring Lance Bass and his merry band of ‘peanuts’. I won’t repeat all the points in that earlier post- suffice it to say Lance’s show is co-broadcast on other ‘mainstream entertainment’ channels and was not aimed at the LGBTQ communities that supposedly are the raison d’etre of OutQ.

At least no one at SXM had the gall to say to me they thought Dirty Poop was going to be “a great lead-in to D&R“.

Then we fast forward to July of 2013. Michelangelo Signorile’s mid-day four hour show emphasizing LGBT political issues was moved to channel 127. This wasn’t a new channel but a slight rebranding of the former Left127 to Progress127. On the surface, it made sense; Mike clearly views the world from a “progressive” or left-leaning view point. He focuses on LGBTQ issues from within the political universe. It wasn’t immediately understood that the above two moves was watering down both the LGBTQ and the activism content of OutQ.

The four hours per weekday that the M.Signorile show previously occupied has been filled with re-broadcasts of the same day’s 3 hour Frank Decaro Show, single hours from the two hour The Focus Group weekly show, reruns of Feel The Spin and various other bits and pieces. Despite there being a plethora of great LGBTQ (or super-friendly allies) talent, the mid-day space, often thought to be ‘prime radio real estate’ has been a dumping ground more commonly found during over-night hours. Which on OUTQ are also dumping grounds for repeats. Talk about getting maximum use out of a small amount of content.

Larry Flick’s morning show is nominally gay but mostly a music show that takes advantage of Larry’s contacts as an ex-journalist. And while there’s no denying that Frank Decaro is ‘as gay as the day is long’, his show is ‘pop culture’ driven. From Broadway to ‘the industry’ of LA, his guests are rarely political. Frank is proudly ‘activish’ – willing to sign an on-line petition and rant… but not much more. Not as crudely drawn as the characters in The Boys in the Band

but pretty much non-threatening to the mainstream.

I can’t help but think back to a quote from Tory’s by William Snyder. “They want ‘Hi! I’m Tory the dizzy queen! I don’ have a brain in my head and all I want to do is go to parties…” (pg.265; used copies may be available at Amazon.com 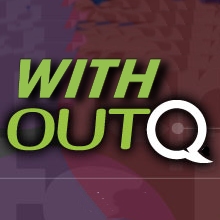 So there you have it- my analysis is that SiriusXM has decided, as a business, that the only LGBTQ folk they really want as customers are the boring mainstream; the LGBT without Q. A valid marketing decision on their part; although Satellite Radio started out as subversive it is now as mainstream as podcasts, Twitter, etc. It is up to each of us to decide whether we want, need, to express outrage at their decision.

While LGBT Pride is celebrated at various times around the globe, most North American celebrations are in June, to recognize the Stonewall Riots. Cancelling D&R in the middle of Pride Month seems perversely perfect. I’m using #mainstreamingqueers for Tweets and FB posts about this, and other relevant blog entries here. Feel free to share this post and re-tweet me.

Update: 9:20pm 06/20/2015 (all times ET)
A quick visit to the OutQ web-site a few minutes ago reveal that next week the former D&R slots (8-11pm M-F live broadcasts + 4-7am repeats) are being filled with a vague “OutQNews, information, and entertainment for the LGBT community.” At a more co-ordinated professional company I might say perhaps they are keeping a new and exciting show ‘under wraps’. Their generic, variable, ‘let’s see what’s at hand’ attitude on filling the above-noted M.Signorile midday time-slot (vacant for just about 24 months) only reinforces my belief that OutQ is being slowly and ignobly suffocated of queer content.

FTC regulations require bloggers make note when a post contains affiliate links. Above links to Amazon are such, and will earn me a few cents should you make a purchase after following them.