1. Did you keep your New Years’ resolutions from 2011? Will you make any for 2012?
I don’t do New Year’s Resolutions; grandiose plans and dreams can happen at any time.
2. How will you be spending New Year’s Eve?
I spent it chatting on-line and then early to bed.
3. What was your biggest achievement of the past year?
Using my photographic skills to help Columbus Cocker Rescue find furever homes for some of the pups they foster.
4. What did you do in 2011 that you’d never done before?
Paid cash for a new car.
5. What was your biggest failure?
Continuing to let rabid fundamentalists get to me.

16. What was the best thing you bought during 2011?
The first three issues of 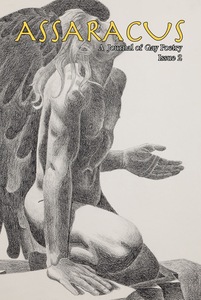 Assaracus
17. What places did you visit this past year?
I did not leave Ohio (physically) during 2011.
18. What song will always remind you of 2011?
Any number of parodies on youTube- such as this one.
19. What was your favourite TV program?
The various escapist programs on USA Network; from Covert Affairs to Burn Notice.
20. What was the best book you read?

21. What was your greatest musical discovery?

Margaret Cho
22. Quote a song lyric that sums up your year.
I thought you’d take it on the chin
But it looks like rigor mortis is setting in
And I hope you weren’t in too much pain
I guess I’m criminally insane
I’m Sorry from Cho Dependent, Margaret Cho 2010
23. How would you describe your personal fashion in 2011?
Same old.
24. What was your favorite film of 2011?
No such luxury this year.

25. What did you do on your birthday?
I spent it chatting on-line and then early to bed.
26. What kept you sane?
Too late.
27. Who did you miss?
Mom
28. Compared to this time last year, are you:
a) happier or sadder? Same
b) thinner or fatter? Thinner
c) richer or poorer? Same