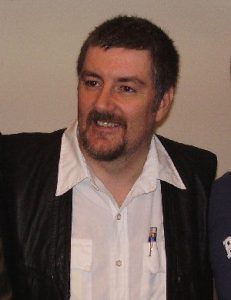 I have a profile on-line at a gay ‘find a friend’ site that was put up a few years back. I pop in every now and then to see if there’s anybody interesting that seems interested in chatting. As is true of many people, I have some interests not shared by everyone in the LGBTITQQ2S* communities. “Different strokes for different folks” may be a cliche, but is true enough. And this particular site is marketed to those of us who do share a particular group of interests. I recently received the following message:
“I suppose I don’t mind you adding me as a favorite, but you need to know, I have ABSOLUTELY NO INTEREST in you, you are my dad’s age. I have a good relationship with my dad, and I really don’t want or need another one. I want someone my age, nothing else. There is NO CHANCE WHATSOEVER of me being anything like that, especially with someone of your age“.

Note that I did not send the user a message suggesting that we do anything; I just marked his profile as interesting.

Having been an open and active gay man for most of my 51 years, I’ve been rejected by plenty of guys of all ages, for all sorts of reasons. I’ve been declared ‘too old’, ‘too young’, ‘too aggressive’, ‘too scary’ and ‘butt ugly’ – but as they say “I’m still here“. I have declined to become friends (or more) with plenty of guys for reasons of my own. But I have never felt the need to lash out at someone who has the courage to risk rejection and pay me a compliment. I’m sure it’s clear I am annoyed by the near-absence of what used to be common courtesy; and I know that it’s absence is not limited to the gay community.

My deeper concern is that this person has, by registering at this site, declared they are interested in the particular community the site serves and yet feels the need to deride someone who’s interests do not exactly match their own. Of course I can’t totally discount the possibility that his striking out reflects some issue deeper than he admits; a subconscious interest that he can’t face. That would make it easy; ‘it’s not his fault, it’s internalized ageism’. But I have noticed a strong tendency in many gay folk to be as narrow-minded in their own way as the bigots we are fighting.

When I came out (after the dinosaurs but before cell phones) doing so was a big deal for many people; and so many gay folk felt at least some kinship with leatherfolk, drag artists, and other ‘freaks’. We knew we had more in common with each other than with ‘the straight world’. This is not to say there wasn’t occasional discord, cattiness and cliques worthy of Valley Girls.

But then, at some point in the fight for our rights some white guys who could, if they wanted, pass as “normal” decided that their best chance of being tolerated was to be ‘just a little bit different’. If only those weirdos who dress up (or down) and celebrate their femininity, their hyper-masculinity, their nature-based spirituality would just shut up and go away, the normal gay folks can set up house, raise kids and blend in. Of course there’s nothing wrong with wanting that for yourself; just don’t tell me I need to want that for myself.

Although in appearance I could pass, I long ago decided that merely being tolerated- by straights, uptight gays, or fundamentalists (religious or political) is inadequate and insulting. And so I continue to call myself “queer” – as in ‘unusual or different’. I have no interest in fitting into old stereotypes- of how a gay man should be, how a ‘normal’ person thinks or acts, what makes a “real man” (or a “real family“) or how to structure my relationships.

I will not be merely tolerated- I demand acceptance. Even from ‘normal gay folk’.