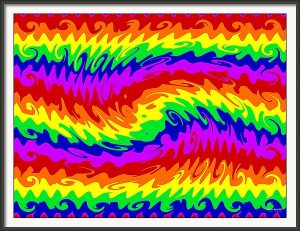 This summer I will complete my sixth decade on earth. Living to 60 is not that surprising for most North American middle-income white cis-men. It is a bigger deal for me- see my blog post for some background on why that is. To celebrate the event I will be traveling around Ontario. I want to meet and talk with queer folk (young and old) across the area.

In addition to the stories in this blog (see a ‘Top 10 Posts‘ list below), I’ve published my chapbook In Pursuit Of A Dream. There is a youTube vid of me reading some of my poetry below that Top 10 List. If any Ontario #LGBTQ groups offer to host an evening of poetry/ storytelling/ taking questions, I’m all in. Sister Flirt would welcome invitations to speak as well.

I am not looking to become rich from this tour. Rather, it is my birthday gift to queer communities across Ontario. That said, any contribution of meals, accommodations or funds for travel expenses are appreciated. Net proceeds from the sale of the Fine Art print shown here support my travel expenses. 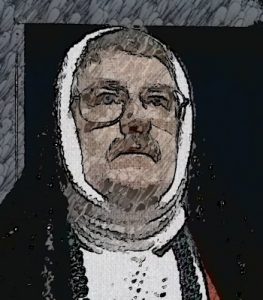 Biography
I was born in Toronto in 1958. The family moved to North Bay before I started school, and then to a village that became part of Mississauga, before settling in West Elgin in 1968. After graduating high school I moved to Chatham, working at James Photo and K-Mart and joining Theatre Kent for the group’s initial season. I returned to Toronto in the Spring of 1978, after coming out as Gay to the readership of the Chatham Daily News in response to a Letter To The Editor. I have not stopped stating my opinions since.

Just a little too young for the Stonewall Riots, I began exploring political and sexual activism in my home town. Fighting for basic civil rights and non-discrimination protection quickly pivoted to protesting repeated police raids on gay bath houses in Toronto and elsewhere. ‘Operation Soap’ in February 1981 had long-term impacts on police/community relations as well as shining light on issues of censorship and police over reach.

Just a few years later what we now know as hiv/aids exploded in gay communities across North America. Rather than worrying about building a career I worked various retail jobs (and one summer as a bath house attendant); keeping my energies for community work. That work ranged from volunteering with the Aids Committee of Toronto, Casey House Hospice, and the Mr Leatherman Toronto committee to membership in Trident Metro Toronto and the Toronto Order of Perpetual Indulgence. I was also a volunteer peer counselor on the GYT Gay Youth Toronto single-line phone service. 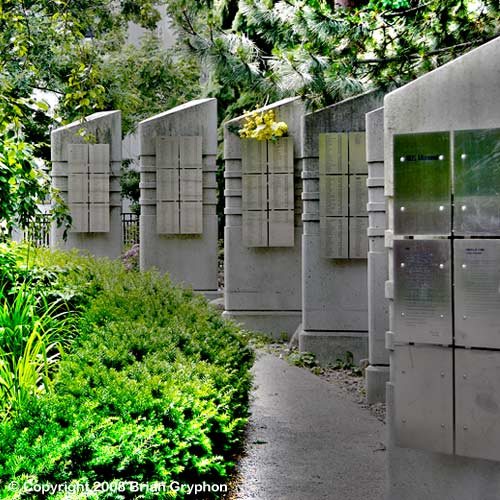 My Manifesto
Nearly Straight
Queer Progress (measured by R&P songs)
Come Out As ‘Gender (whatever)’
What’s My Name
Am I A Relic Of The Past?
Early Morning Thoughts 2
Girlfriend
Fey Gay Tops
Grandma In Detail