Another mash-up post; see also My Father, Martin and Gene from 2012. What was going to be just a review of a new CD took a turn; my mind is like that. 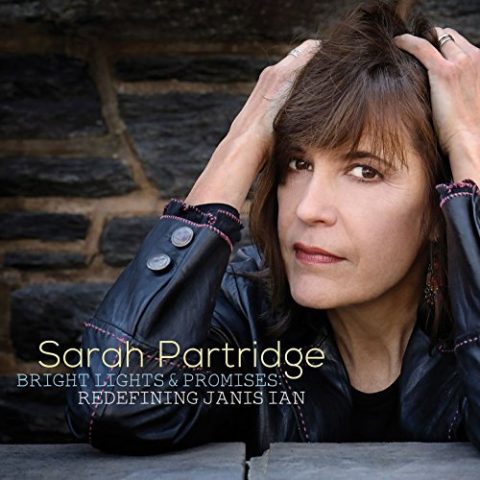 Ms Ian’s catalogue has long been a favourite, and all her songs are frequently played here. I treated myself to Sarah Partridge’s album Bright Lights & Promises: Redefining Janis Ian as an early birthday present. In preparation for writing a review of the new album I listened again to Janis’ 2010 Billie’s Bones My intent was to confirm the differences in my reaction to the two artists’ versions of certain songs. I will get to that.

Last night while listening again to I Hear You Sing Again on Billie’s Bones I was overcome with strong sadness. More than the usual ever-present sense that has been my long-time companion. This was so much more than that. The song is about the singer missing their Mother’s singing. My sadness was not a reaction to the line “all the tears and sorrows followed to your grave“; although I believe Mom also took her share of both.

This new sadness is tied to a comment my brother made that Mom, in her younger days, had aspirations (or perhaps daydreams) of being a singer; traveling with a band. Yet she moved north to Canada, started working (as a PBX operator, if I recall) and married Dad when she was 19. While that was an essential process for me and my siblings to exist, it brought to mind my early understanding of what Grandma gave up to marry. Dreams deferred, delayed, denied?

Also, it was a reminder that I never knew Morna or Jamie- only Mom and Dad. Asking JB today to confirm the anecdote about Mom’s dream career, he suggested “She used to hang around Atlantic City to see starts [sic] and dreamed of singing with a big band. But more ‘wouldn’t that be cool?’ than anything at all serious.“. So perhaps it was not her dream; I can’t ask her. But- Mom singing? I have absolutely no recollection of ever hearing that. With my missing memories it’s quite possible, probable, that Mom serenaded me as an infant. As I said, my memories are spotty. My only memories of a parent singing are Dad- see the above-mentioned My Father, Martin and Gene post.

I was not familiar with Ms Partridge’s work before reading Janis’ Facebook post about the album. Having the approval (or even participation) of the person who’s work is being covered/honoured is not, of course, a guarantee that I’ll like the results. But it certainly suggests a certain professionalism- by the singer, the musicians, and technicians. And this album is a professional production. Sarah has played the club circuit, according to the liner notes, for a few decades. I am not an expert on ‘jazz stylings’ so couldn’t speak to the arrangements or the music.

I can not say that I love this album. I don’t hate it. Indifference may be the more accurate term.

The long story above about all the memories and feelings that Janis’ work brings out in me illustrates how I decide which music to keep close and replay. Feelings; strong feelings. And not just the sad stuff; upbeat songs that bring happy memories to mind (yes, I do have some) are also valued. Disco to early Marianne Faithful to Romanovsky & Phillips; music celebrates life.

In fact I sometimes skip over track 7 on Billie’s Bones (Matthew) because of its power to make me cry. That is what I find missing from Sarah’s rendition of Matthew. She sings that piece, as well as Tattoo and At Seventeen as ‘light jazz’ songs that blend easily into the background. That is how I react to this album each time I played it. And it is not what I want from music.

# Federal Trade Commission rules require bloggers to clearly identify when they have or will receive compensation. Links above to the Official Janis Ian Shop are NOT affiliate links; I don’t receive a penny if you decide to make a purchase. I encourage you to buy direct from Artists, Publishers, Distributors or a local store rather than feed the Amzn behemoth.