Most of my images of roses (and other florals), rescue animals, shoefiti and various city scenes are from in and around Columbus, Ohio- where I’ve lived since 1996. I have selected six images that are easily recognizable as being specifically from Columbus: most are views along the Scioto River downtown. The first image below is looking south along Marconi Blvd. The second image is the view from our front yard in historic Franklinton- the first permanent European settlement in what is now Columbus.

“Columbus 36” looks East from the Scioto River. The curved wall of the parking garage in this image is just barely visible in the next image. “Columbus 30” shows the sun rising over downtown, looking East from a spot just a few feet north of the previous image. “Scioto Morning” is a view of the Rich Street Bridge from the Franklinton side. “Scioto Mile 40” is the view looking North from the east bank of the Scioto, later in the day than #30 and #36. The tower in the middle of the frame is the ‘LeVeque Tower’- built in 1927, it was the tallest building in Columbus until 1974. The large white building in the right of the image is the Ohio State Supreme Court. 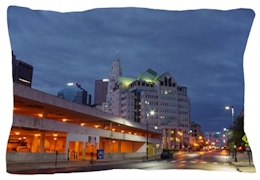 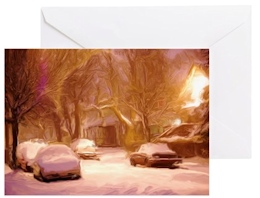 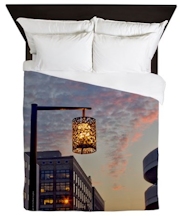 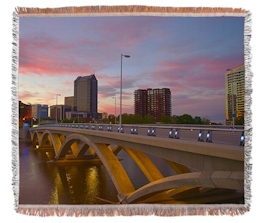