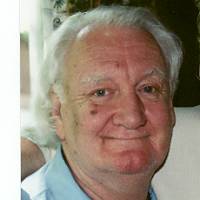 Fathers Day is just a week away. Before then, Dad will celebrate his 85th birthday. Martin Sheen’s 72nd is in August while Gene Simmons marks his 63rd later that same month. Connecting those three men in one paragraph might seem a stretch. Certainly each has his own story, traveled his own path. And the similarities I see are, perhaps, minor points in many ways.

But in a culture that has lost sight of thousands of years of ritual, that has replaced wisdom learned from living in earth-centric communities with a blend of psycho-babble and a patriarchal fear-driven illusion of what makes “a real man”, what any boy (much less a “sensitive” book-loving gay boy) learns from his father is often hard to express. Lessons are subtle; words are few. Approaching my 54th birthday I am labeled as “the tail end of the Boomers” – the last of the first ‘modern’ generation. Our parents grew up during World War II, our grand-parents the Great Depression.

To a large degree my Dad represented the stereotype very well. He rarely spoke of his emotions; he was tired from working long hours to support his ‘stay-at-home’ wife and four kids. His mother was “more white than the Queen” (and a Minister’s wife) – our family rarely used words to express emotion. At the same time, the English language was holy, literature sacred, and social appearances mattered. We might be rowdy around the house, but in public we could pass as angels. At least in the presence of adults.

Dad would, when I was young, serenade me to sleep by playing “The Bear Went Over the Mountain” and other folk songs on his harmonica. My next favourite memory is the first time, after his heart attack, that Dad ended a phone call with “I love you”. I have no memory of his ever saying that before and yet I never doubted that I was loved. Surviving the attack, just after his 70th birthday, certainly changed him.

But it was just another in a life of changes and growth. He was raised to believe that Catholics were somehow not ‘like us’ and that people who could not speak English well were just not as smart. I’m sure none of these things were ever said so bluntly; subtle messages are often the most effective. He had un-learned these lessons before I ‘came out’ to the family in 1978. It did take him some time (days, not months) to accept that the early lessons on gay people might be wrong. Since that time he has always accepted my various partners with respect, just as with the partners of my siblings.

These stories and memories came to mind as I read Along the Way: The Journey of a Father and Son by Martin Sheen and Emilio Estevez. And they are in the back of my mind as I watch Gene Simmons Family Jewels.

As most people, I first noticed Mr. Sheen in Apocalypse Now, although I had probably seen at least some of his various appearances on tv shows before then. I watched That Certain Summer but was so engrossed in the story line that it was years before I realized he and Hal Holbrook played the main characters. His time on West Wing combined with his strong support of progressive causes cemented, I thought, my respect for the man. The stories of the making of Apocalypse Now and Martin’s battle with personal demons I dismissed as Hollywood exaggeration. That is, until I read Along the Way. The book started out as a companion to a movie that Emilio wrote and directed and Martin stars in. While some of the chapters discuss the filming, most of the book is a look at each person’s life through their own and the other’s memories. My respect for each of them is immense and this book shows it is still possible for fathers and sons to maintain (or create) a healthy relationship as they each grow.

I started watching Gene Simmons Family Jewels, I must confess, with low expectations. So-called ‘reality shows’ featuring dads, especially musicians, seem fated to portray men as the worst stereotype of sitcoms; ranging from buffoons to pathetic narcissists. I watched because jason wanted to see it, Gene’s long-time partner is a gorgeous Canadian ex-model, and Nick is cute in that puppy-dog way. The show has gone places I never expected. Just as the running joke of Gene’s love of money was getting old, Gene learned about his father’s other family; back in Israel. The only thing that Gene loves as much as money is family.

This became the impetus for him to confront long-repressed issues with the father that abandoned him. It led, in time, to Gene finally dealing with the reasons why he would not marry the woman who has, for decades, put up with his sh|t. This season continues to follow his growth, as he learns the limits of his old definition of ‘being a real man’. A few years ago I knew Gene Simmons only as a self-absorbed ‘rock god’ whose music, whose life, did nothing for me. Now I see him as yet another man trying to grow up as we grow old.

As I try to accomplish the same thing I am guided by my Father, Martin and Gene. 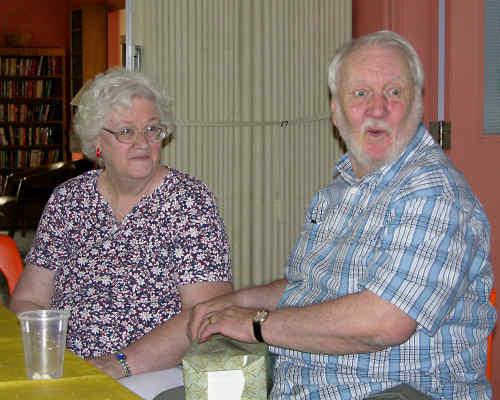 Dad and Anne at his 80th Birthday Celebration, 2007