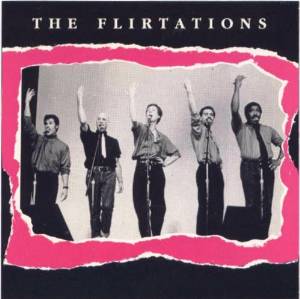 At dinner this evening, jason and I started talking about who we’d like to see Cyndi Lauper have on her next True Colors Tour. jason suggested K.D. Lang, Liza and the Divine Miss M. My list also includes Ron Romanovsky (formerly of “Romanovsky & Phillips“) along with Clay Aiken and Kathy Griffin as MC. And I would love for someone to form, even if only temporarily, an a cappella group to perform an homage to “The Flirtations“.

Originally a group of 5 or 6 men (changeable as Michael Callen’s health varied) it was last seen as a trio; two men and one woman. They had some great pieces; no one should be deprived of hearing “Everything Possible” done a cappella at least once. I had the distinct pleasure of hearing them perform in Toronto so many years ago; they (along with R+P) will always be the standard against which any other gay folk artist is compared.